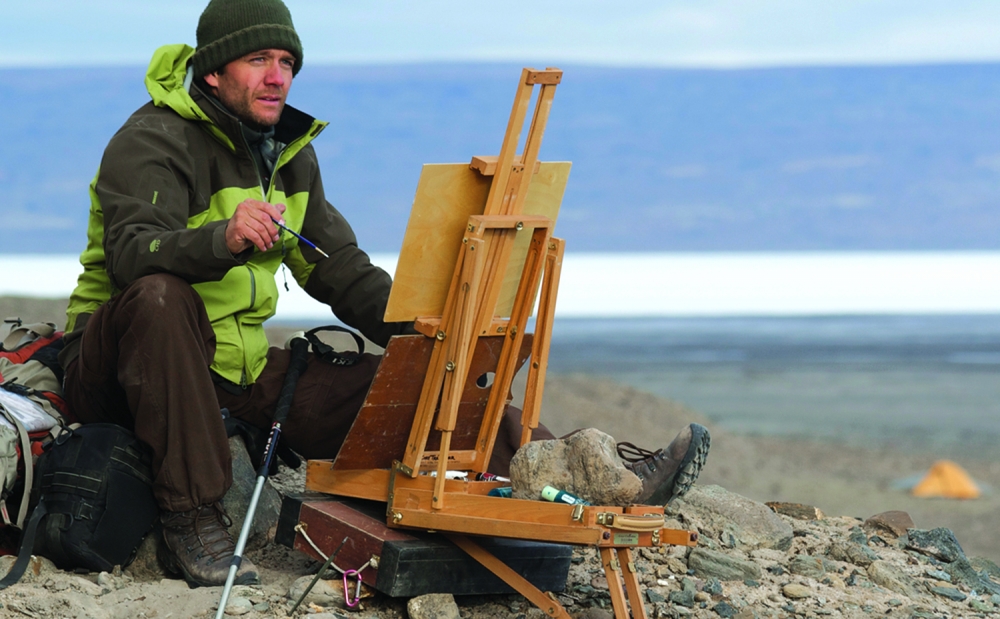 For years, the inspiration for creating my art has been rooted in the experiences I’ve had while exploring and camping in the great outdoors. The north lured me to pursue these passions for many reasons, here are a few:

– the raw and vast wilderness, much of it seemingly untouched, was a region I never before had set foot in. The landscapes are so primeval, it’s like stepping back in time to the beginning of creation.

– the desire to capture some of the greatest wilderness places in Canada, and try to preserve them on canvas. If I ever wanted to do this then I would have to go north.

– artistically, the north had caused me to work with a different palette of colours than I’ve ever used, from the varying shades of blue in the ice of glaciers and icebergs, to the land and mountains, whose browns/grey and sometimes more neutral tones force me to study the subtlety of light the land. In addition to colour, there’s the incredible shapes of the mountains, and the challenge of trying to capture on canvas scenes of such a grand scale that it’ shard to comprehend

– a natural attraction for me, as a member of the Explorer’s Club, is the sheer joy of exploring new wild places. New to me anyway. And the whole experience of getting out there on your own, being self-sufficient, leaving civilization behind, and re-igniting my sense of wonder and awe, which can grow dull with too much time inside four walls.

When deciding how I would go about creating this unique collection of 50 paintings from the Arctic, I had determined that I would span the Arctic from one end to the other, east and west, north and south. In so doing, perhaps I would have a chance to develop a truly unique representation of our north in a way that has never been done before.

I also saw that this would be an adventure of a lifetime, in some of the most spectacular scenery on earth, and that I would be working with interesting people (Inuit in the eastern Arctic and Inuvialuit in the western Arctic), encountering fascinating history, and much more.

In other words, there a whole lot more than just going out there and setting up my easel. It a multi-layered life experience, and making films about it would allow others to share n that, and hopefully be educated and inspired in the process. Hopefully the films could also serve to raise awareness about our fragile northern environment, and help develop a greater passion of taking care of them.

There were so many, but here are a couple:

– Setting: Ivvavik National Park, in the northwest corner of Canada where the Yukon meets the US and the Arctic Ocean. Camping up in the mountains near the Firth River. Set out hiking for the day further into the mountains. It’s a grey day, wind howling, bits of rain here and there. Traversing loose rock (scree) on the steep slopes with hiking poles and a heavy pack, trying to zero in on something to paint. In the distance an incredible rock outcrop called a tor juts up through the earth and reaches for the sky. Looks prehistoric. Wind still whipping by, skies still grey. I press on anyway. As I get closer, a bit of sun peeks though the streaking clouds, touches the land, then disappears. My heart starts to race. Maybe. Just maybe I’ll get lucky. I pick up my pace and try to find a composition with the tor. Not here. Run along the mountain a ways. Naw. Then run down the hillside, trying not to wipe out as my eyes are glue to the scene to see how it changes with each step. Just as I think I ‘ve got it, the landscape begins to brighten. The sun is breaking through a bit, and heading for the tor. I frantically set up my gear and begin painting. Looking up from my canvas it happened. Of the miles and miles of landscapes all around, the sun saw fit to hit the tor! As amazing as the it was before, it is now spectacular. I’ve got my my light! Then, as suddenly as it came, it went. The clouds grew dark again, and the winds that continued to howl the whole time picked up even more. As I tried to apply more paint to my canvas, nature turned it up a notch, and the winds gusted so hard that it tore my overhead tarp from the ground, causing it to flail wildly in the air. I packed up, but I had got what I came for, and a whole lot more.

– This next little story is the opening paragraph of an article I just wrote for the Toronto Star [NDLR: publié en juillet dernier]. I include as I wrote because it describes one of the highlights of my journeys:

“Hanging on tight, I wiped the salt water spray from my eyes as the image of a massive iceberg came into focus. I was in Canada’s far north, bouncing around in a 24 foot cedar freighter canoe along the north coast of Baffin Island, Nunavut. Inuit guides Sam and Jayko were leading me into a land like no other. The iridescent whites and blues of the iceberg were spectacular, but looking past it caused my jaw to drop even further. A solid sheer wall of granite rose from the depths of the ocean and past the waterline for a kilometer, dwarfing the berg and, unbelievably, making it seem like a floating mini marsh mellow. Craning my neck way up, I saw a crowning mass of glacier, draping over the walls upper edge, gushing fresh water back down the rock face, to eventually join the ocean below.

I was entering Sam Ford Fiord, and I was speechless… Again.”

I never regretted bringing my family at any time. I did regret the choice of my tent positioning at the edge of the cliff at Tuktut Nogait National Park however, as a major storm that came down on us caused some concern as the wind was blowing hard toward the edge as that very nearby cliff, putting us in some potential danger.

As a dad, bringing my girls in to the wilderness is one of the greatest gifts that I’ve ever been given to them. It has given them a greater appreciation for the world around them. It has caused them to be more independent young ladies, and taught them how to deal with unexpected challenges and to be physically and mentally prepared.

That said, there are risks that I felt were too great, which is why the family did not come with me to Baffin and Ellesmere Islands in particular, where dealing with polar bears and crossing glacial rivers and carrying huge packs were not family friendly activities. But maybe when they get older, they’ll have some of that desire in their blood, and they will take me out 🙂

It’s taught me humility. Traveling on foot in many places, I have never felt so small in my life. But it’s a great feeling to know that there are such vast spaces, and even if someone can’t go there in person, that the mind can wander there to find rest and beauty and step away from the hectic life that most lead. As a Canadian, it’s made me feel even more proud that we have all this in our backyard.

They all have their challenges, but of particular note was my month on Ellesmere Island, and getting used to the sun not setting the whole time I was there. Often times when painting in other places, morning and evening light create long shadows and beautiful warm tones across the landscape. It took a while to study what the sun was doing to the land up there, how it accentuated the forms of the mountains, etc. After I while I did begin to see the subtle shift in colour temperature throughout the day, and would find myself sometimes returning hours later in hopes that a scene my look even nicer. Even got up almost every hour one night, to my brother’s chagrin, to see what the sun was doing. In a tiny tent, one cannot get up without waking up the other person 🙂

Also the sheer size the land everywhere made painting a big physical challenge. In Auyuittuq and Quttinirpaaq National Parks, I would to often have to travel a great distant just to see any significant changes in the view of the landscape. I lost about 12 -15lbs on each trip I did from all the running around. Great excercise program 🙂

No such thing as a stupid question! I have built wooden boxes to accommodate the size of my panels (I paint on linen that has been archivally mounted to birch panels). The boxes have 5 slots in them (down the sides and on the bottom). Each slot can take 2 panels, back to back, and are spaced so that faces do not touch. So I can carry 10 wet oil paintings at once. To keep the lid in place I used fancy duct tape 🙂 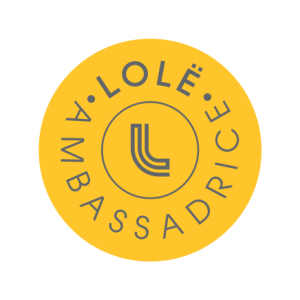